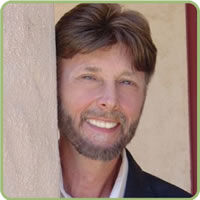 Howard Martin is one of the original leaders who helped Doc Childre found HeartMath.

In 1999 he co-authored with Doc Childre The HeartMath Solution published by HarperSanFrancisco and he has been with HeartMath’s world-wide training and consulting team since its inception in 1991. In 2000 he authored The HeartMath Method, an audio-learning program published by Nightingale Conant. He is also the producer of two award-winning musical recordings including Doc Childre’s Heart Zones which spent 50 consecutive weeks on Billboard Magazine’s music charts.

During his career with HeartMath, he has been instrumental in business development and in delivering HeartMath’s practical, yet dynamic, programs to thousands of participants world-wide. Because of his universal appeal, he has conducted training programs and keynote presentations in Fortune 100 companies, government agencies, all four branches of the U.S. military, school systems, ecumenical organizations and through publicly promoted events in over 50 cities on four continents.

Prior to his employment with HeartMath, Howard had a successful career as a musician followed by a business and financial consulting career as an Account Executive with E.F. Hutton and as Vice President of Capital Funding.

In 2008 he played a key role in launching the Global Coherence Initiative and serves as a Steering Committee member for this science-based project created to unite people in heart-focused care and intention to shift global consciousness.

“Howard Martin is one of those men in the world who has been given the gift of communication. That is to say, he has the ability to be crystal clear. If you ever have a chance to hear Howard Martin speak, by all means, do so. He’s funny, he’s warm, he’s clear, and you will walk away with more insight and information than you’ve had in a very long time.”

“Howard Martin is a dynamic, compelling speaker with a vital message about the role of the heart in transforming our lives and the world. His authenticity, care and extraordinary ability to inform and inspire leaves you feeling like you’ve just experienced something very special that you will remember forever.”

As facilitators we are honored to play the role of merely pointing to the true teacher of HeartMastery and your true teacher in life: your own heart.

Fun Facts about Your Heart

Be empowered for heart based living

Be a part of creating a heart-based world